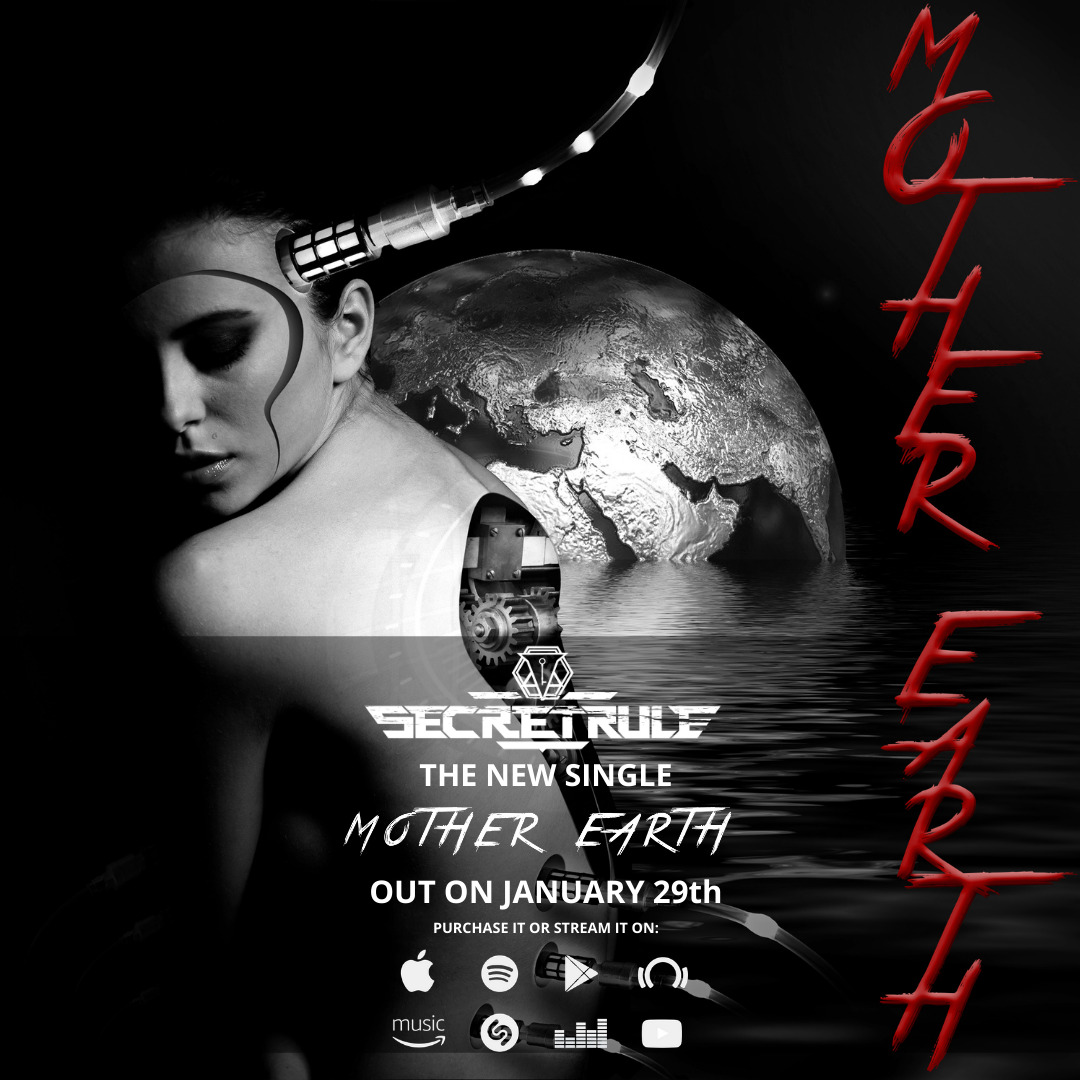 Italian metal band, SECRET RULE, is happy to announce the release of their brand new track ‘Mother Earth‘ – the band’s first material as a preview of the upcoming new album in 2021. ‘Mother Earth‘ will be out digital on January 29th and can be pre-saved here: https://distrokid.com/hyperfollow/secretrule/mother-earth

SECRET RULE vocalist Angela Di Vincenzo says: “Even if we already released 2 albums in 2020 (one of them is a whole cover’s album), since this pandemic period has been very long, we had a lot of time to think and create new material. We had some tours planned and jump them gave us all the time to be creative and here we are with another album ready. I love the new songs, they are exactly what we wanted to play. I think our fans will be really happy to listen to them.” “At the same time, having more time meant to change our ideas continuously and it was hard to choose the first single because we like all our songs LOL but now we are sure to have done the right choice”.

Even though their album “Against” only launched last year, SECRET RULE has plans to share new music at regular intervals.

Andy  explains: “We are going to release new songs from the end of January and we’ll continue to do it for the whole year. Every month you’ll have a new song from us. In this way, we could push every song as it deserves. This time, more than last time, we are super satisfied with the new songs, and we really think we have 9 single in our hands, all songs on the same level. So, we wanna give the right space to each song. In addition, there will be a lot of new music videos, so stay tuned!”

Angela adds: “It’s more about giving our fans something new every 30/45 days. We think the music industry changed and the concept of “album” is going to disappear to let a place to single songs. But don’t worry, anyway, we’ll give you something to have in your hands as well to add to your album collection.”